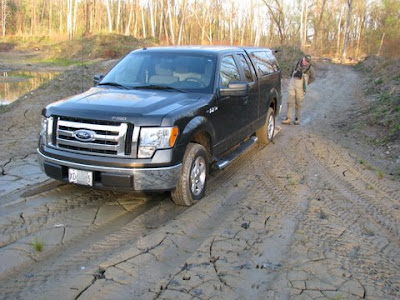 My fishing report is weak so I borrow Bills. I took Frank Miskey out on his maiden run with a float reel. I hoped to get him into some fish at the mouth of a stream but all I could manage were bass. We tried a few spots but the water was down in most spots and heavy with suckers. 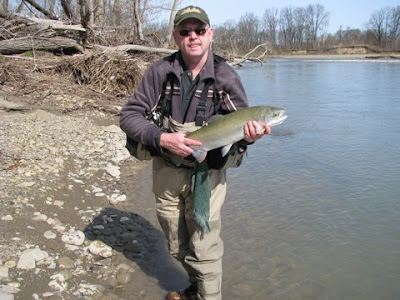 Bill and our outer Frank aka the Premier chose right and got into some fish. their day started early very low on a trib where they were great by
seven other fisherman.
They worked their way up the system and found a combination of smaller fresh fish and drop backs
In addition Bill got his truck stuck on one of the dirt roads and luckily was pulled out by another fisherman. 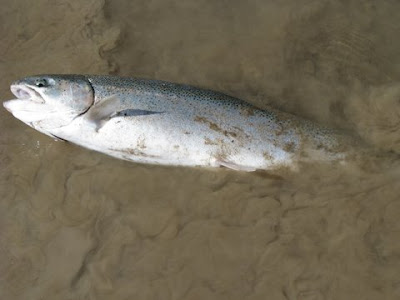