Streams are getting higher and browner as the day progresses. The mouths are most streams are opening up this morning with the warm temps and rain. hopefully fresh fish to follow.
Posted by 18 Mile at 1:13 PM No comments:

I have no pics from today but here is a brief report.
I stated off in Chautauqua county on a smaller trib at sun up. The creek was flowing and a good level and was a nice green. There only ice jam was right at the lake so there was a lot of open water. I hit a few spots and picked up a silver skip on the first drift through one pool and then moved to another pool and picjed up a bigger female also silver on the first drift through. there were no 2nd takers in either spot. I did notice the outline of a few fish sitting in the very back of tail outs but I didnt mess with them for too long as they were sitting in about 8 inches of water.

I then worked my way back to Erie County. Silver was still iced up from the town right too the lake. the ditches were iced up. Big Sister's was green and only james right at the beach. I tried up stream on this trib with no takers.

I stopped at my usual spot which was not frozen over today on 18 but had no takers. the lower reaches are still frozen for at least a mile from the lake.

Sorry about no pictures the phone rang while I was releasing the female and the skipper was a dink.
hopefully more ice will melt over night.
Posted by 18 Mile at 6:03 PM No comments: 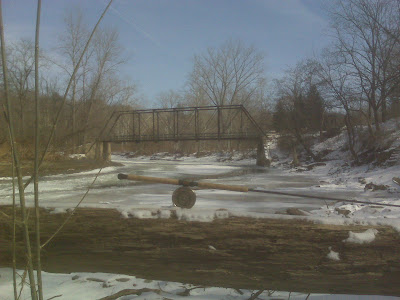 This a short report. The temps were 15 degrees this morning and expected to rise into the 40's. I decided to stop at a small trib first but the water was low and clear with a lot of shelf ice. I scouted briefly and then left for the usual creek. My normal spots were completely froze over this morning so I tried hitting some of the faster water . The water was extremely low and clear. I gave it a shot working around the shelf ice and slush in the faster runs with out success. I only fished for 2 1/2 hours and wasnt feeling the mojo so I left to do better things. Hopefully the warm temps and rain tonight will get things moving.
Posted by 18 Mile at 2:47 PM No comments: 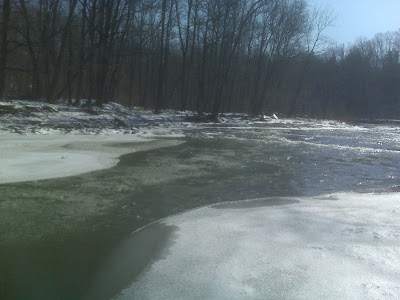 I went out yesterday from 11am to 4:30pm. The lower creek by the lake was locked up with ice and the larger wintering pools through out the creek were pretty much locked up also.

I planned on fishing the Beaver Run but when I drove to the parking area there were 5 cars there and no one was at the holdong pool so they must have been down at the run.

So I decided to try plan B in the cemetary district. At 11 am there was a hell of a lot of slush so I decided to walk in to the Cut. I figured this would waste some time as the sun hopefully would burn the heavy slush of the stream. I played the dodge the slush game until it burnt clean and the water was a nice color of green. I worked the cut hard with roe and jigs to no avail. Hell I even busted out the single hooked bulk shotted flat fish trick. Nothing ,Nada, Zero, Zilch.

A group of younger guys came up who were taking a friend out who never fished for steelhead before so I let them have at it. Before I left one kid had briefly hooked a small 3 pound ugly black boot of a male. He lost the fish and I went on my way to try a number of small to medium depth runs and pocket water hopeing to strike gold.

By 4:15 a snow squall moved in coated me with snow and almost instantly clogged the water with a thick cotton candy like slush which made drifting almost impossible. these are the times I wish I was a chuck and duck fly fisherman bouncing bottom through the slush.

That all folks no runs, no hits, no errors, and no fish. I will be out later inf the week when the warmer temps roll in. Have a good Sunday people. 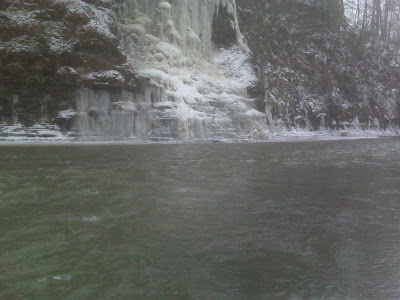 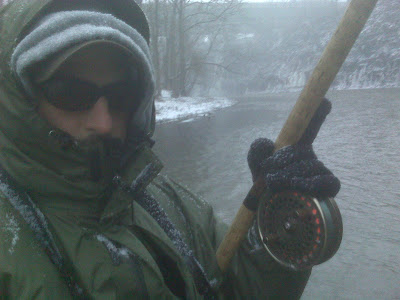 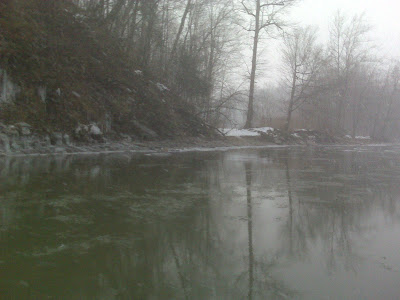 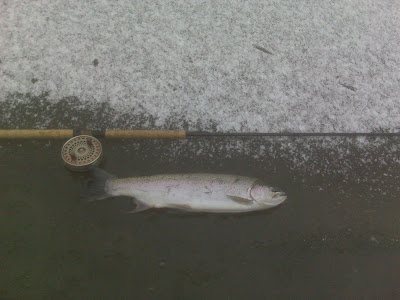 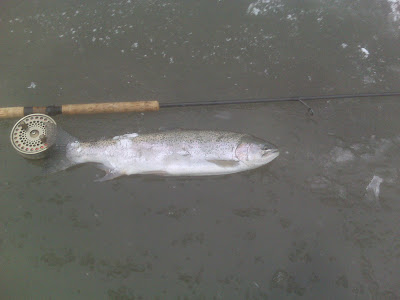 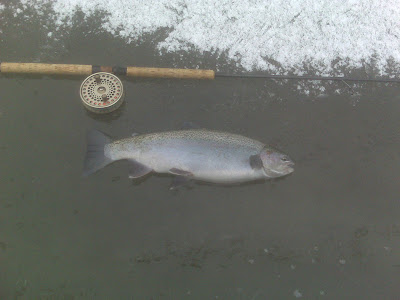 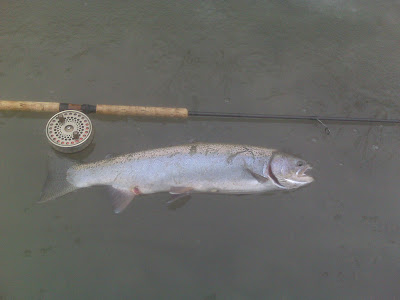 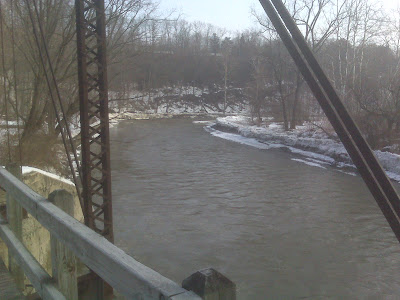 Good things appear to be happening on my little creek today. The middle and upper stretches are starting to move and she is pushing the silt down stream.

The lower section of the creek from rte 5 to the Lake is a different story. It is all jammed up with trees ,branches, and other garbage. This area might take a little bit longer to push out.

Time to put some fresh line on the pin and hope for a little February fun. 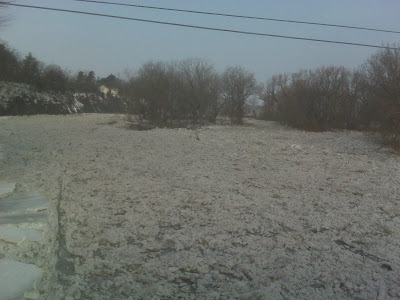 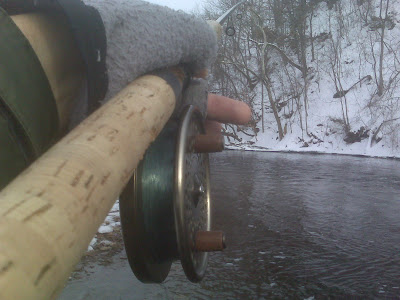 Well I’m just too lazy today to hit the Lake Ontario tribs. I would rather just wait for the Lake Erie tribs to thaw which is a distinct possibility over the next few days. I will welcome an opportunity to breath in some fresh air by the side of a flow. And there and only there will I find a little happiness. I have been thinking a lot lately about what the late Joseph Campbell stated about following ones bliss.

you put yourself on a kind of track that has been there all the while waiting for you,

and the life you ought to be living is the one you are living.

When you can see that,
you begin to meet people who are in the field of your bliss,

and they open the doors to you.

I say, follow your bliss and don't be afraid,

and doors will open where you didn't know they were going to be.

doors will open for you that wouldn't have opened for anyone else.

I have been reflecting on these words lately with hopes to apply them to my everyday existence. What makes me happy? Well we know that the pursuit of fish is definitely up there for me.
What makes you happy?
What is it about fishing the makes you happy or anything else that makes life worth living? These are things to ponder for us all.

Here is to you Mr. Campbell and now back to the coffee.

Joseph John Campbell (March 26, 1904 – October 30, 1987) was an American mythologist, writer, and lecturer best known for his work in the fields of comparative mythology and comparative religion. His work is vast and covers many aspects of the human experience, and his philosophy is often identified with the phrase he coined: "Follow Your Bliss".
Posted by 18 Mile at 10:03 AM 1 comment: