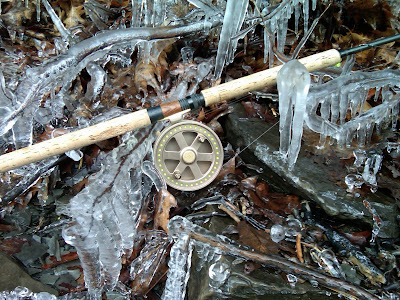 The water over the last few days has dropped to either clear or a light green. Success has been there but in lower numbers than usual. Sunday I got out with the Commander for a few fish and more company than normal. It was a chilly morning with sunlight glistening of the icicles slowly forming on the shale cliff walls. 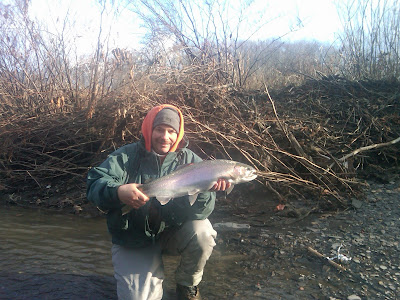 Monday it was an outing with the Kingpin Crew Bill and Frank and Buda met up with us a few hours later. Once again water getting lower as the day went on and fish numbers limited. I did get a feisty 7 lb male on a pinkie but the company was better than the fishing. 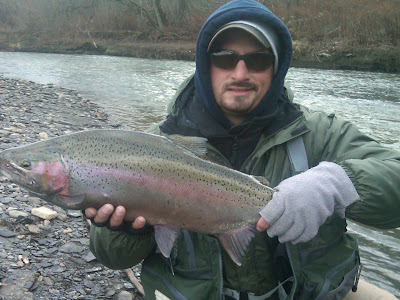 Come to think about it. Regardless of the numbers ,the company is always better than the fishing.


Good people on the water makes a difference not only in your day but in your life also.