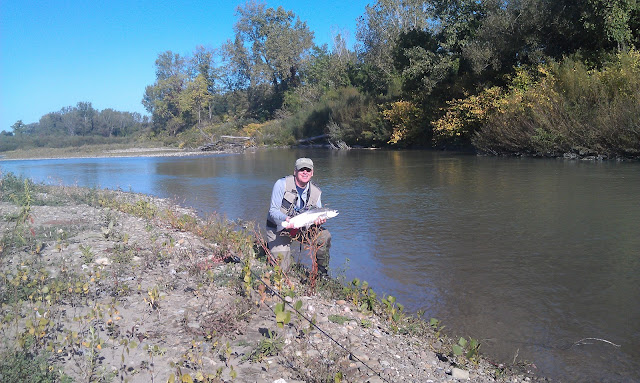 I hit the water Tuesday with Bill and Frank for our first outing of season together. The water had
color and while the flow is still considerably down it bumped up over the last few days. We meticulously worked over a few  sections of the creek and were rewarded for our efforts.

We came into contact with  some of those crazy skippers that hook set launch themselves acrobatically into the air cartwheeling their way to freedom via a mid air release.

We  all had success and enjoyed a good day on the water.

The only low light  was Frank's and my decision to follow our resident Billy Goat and navigator into a proposed short cut. The result  was three blind mice circuitously following deer paths into the brush and bramble. Every path lead us to a dead end just 10 feet from the main path but that 10 feet was impenetrable brush and vines.

After a while we thought it better to just back our way out and take the longer and less frustrating route to our vehicles. 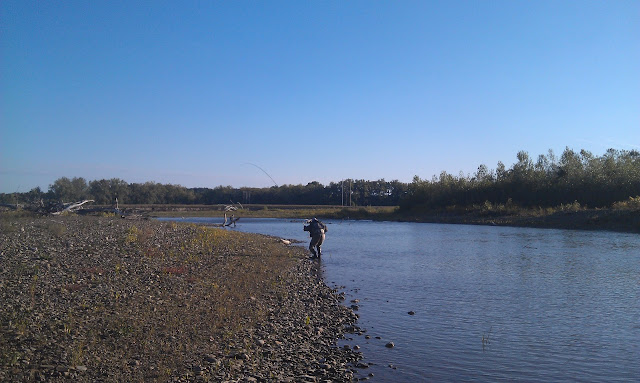 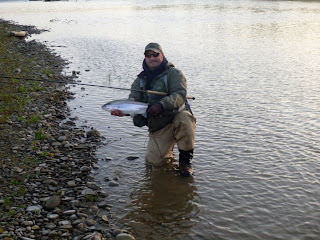 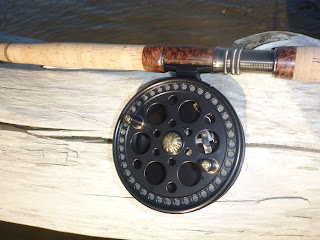 Bill's new toys a Black Kingpin R2 and custom CTS produced for him by Spiel.
Posted by 18 Mile at 7:36 AM