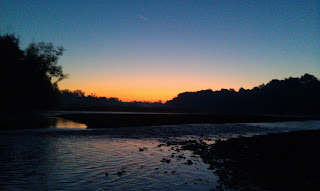 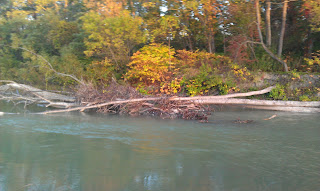 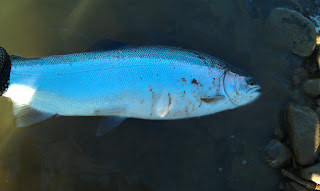 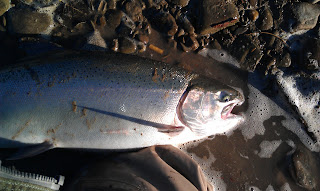 I was twisting and turning in my sleep trying to figure out where I would start this morning.

There are fish around but you need to pick the right section on the right today to get in to them.

I got out  well before dawn and high tailed my way to where I wanted to start. My God a holiday weekend and I got there first. Who would have thought.

The sun slowly rose over the horizon leaving a yellow halo in the distance and it was time to gett rolling.

As I waited for sun up I could here a few splashes which filled me with some anticipation.

My prized run produced zero for me. I guess they are either there or they are not.

As dumb luck would have it, I was fishing my way back down to the truck while  most others were just starting their fishing day and working their way up in the other direction.

I hit a  couple of  spots and in some B grade water I had a surprise flurry of action in about 15 minutes time.

The day was saved by a few very acrobatic fish that made my legs shake not for their size but for their intense energy including airborne cartwheels and runs.