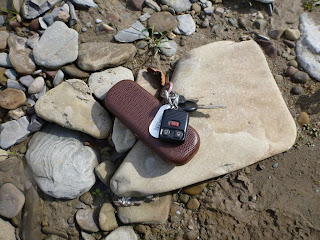 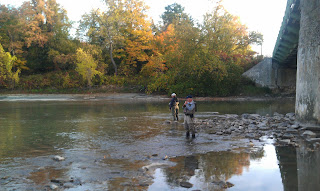 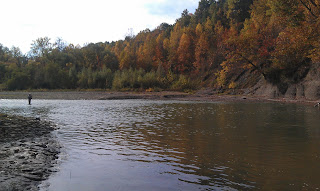 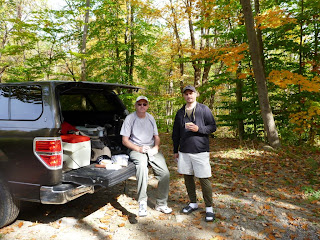 Keep it your pants!!!

Well today I met up with Bill and the Premier for a morning outing of friendship,fishing, and frivolity.

We agreed to start at two different spots to increase our odds of finding fish and then would meet up at the better of the two spots.

I met up with the gentlemen after about an hour of fishing with limited success. As I pulled up the Premier was putting on a relative clinic. Bill didn't do too bad either.

After that we head upstream  before the heat set in. The results were less that spectacular so we ended the day.

Oh the keys.....Well our Kingpin Representative was upstream of  the Premier and I and left to his own devices. For some odd reason he was going through his vest and waders and decided to leave his keys and eye glass case on a rock as he fished. He didn't realize the mysterious disappearance until he was back at his truck. After a thorough review of every nook and cranny of his fishing attire he decided to march back down to the water and retrace his tracks. He luckily found them on the rock where he left them and not in the hands of any of the mischievous local teenagers that were out and about today.