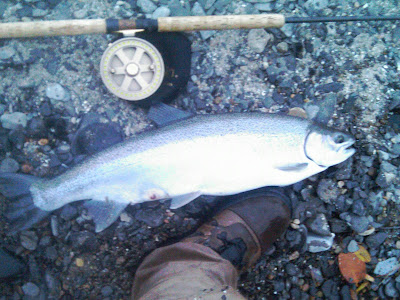 The last few days I have been busy. Tuesday I got into a few nice fish on a couple of tribs. On Wednesday I met up with the Connecticut duo of Charlie and Jerry. I met them on the water last year and we shared a few holes and I promised them when they came down this year I would show them an infamous trib that can become brown when you least want it to. 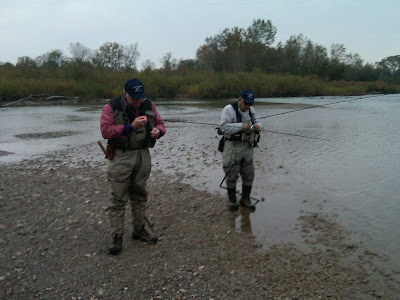 Though we covered some 12 miles of water all I could muster up for them was one hook up. The word on the water was the trib fished poorly for most that day. The boys felt a little better that it was not their skills failing them and that everyone was in the same boat. 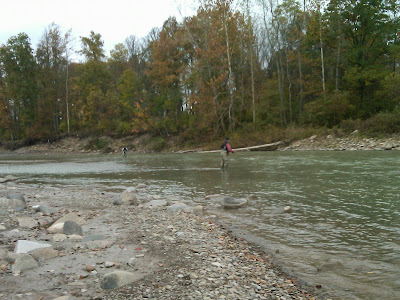 We gave one more kick at the can for a few hours this morning with no luck for them before they moved on to a few more tribs and their return home tomorrow morning. 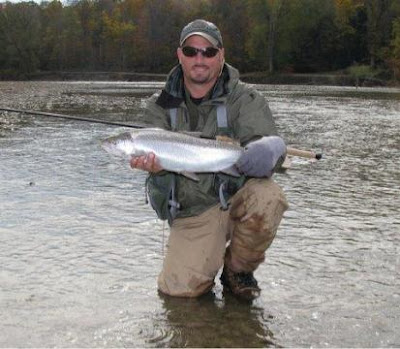 Great guys and good people and I am most definitely sorry I failed them in their first attempt.

After I left the boys, It was off for a hot chocolate and a little scouting before a long needed nap.

On my route I ran into Bill and the Frank(The Premier). I decided after a second wind that I would join them for awhile and we all caught a few fish before going on our separate ways.

Charlie and Jerry great to see you.....

Bill and Frank as always a pleasure.....

Until tomorrow....I hear possibly up to one inch of rain to muddy things up for awhile.
Posted by 18 Mile at 4:52 PM