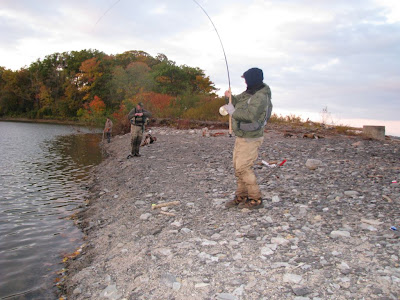 Made it out for a few hours with the Bill and Frank show. We hit a few tribs but our options were limited as most of the streams were low to very low and clear so you had to get lucky and find some coloration. 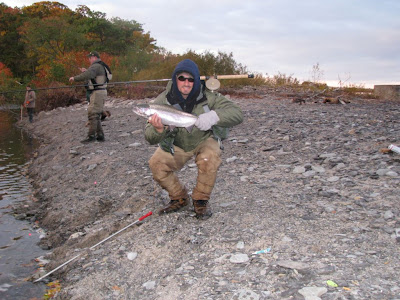 We started in the morning optimistic with each of us taking fish quick and a number of floats down but misses on the hook up. It was as if they were just bumping the bait with their nose. Bill and I noted it was similar to spring time behavior as the water temps were a chilly 42 degrees by our readings. 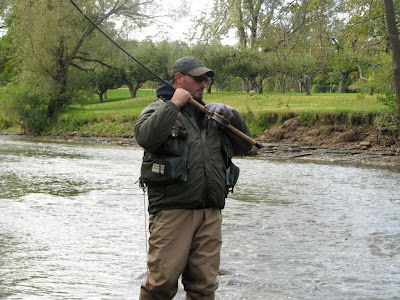 After the swings and misses stopped we moved to another trib to find her clearer than we expected but we found a few light green runs and pools. Action was not that great with a few fish on with the hook spit and one in.

Then were were off to a different trib to do some scouting and walking. she was very clear and it gave an opportunity to make mental notes of all the bottom contours in the stream bed for future outings. 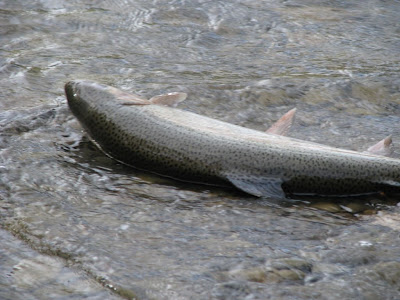 We then packed it in for the day noting the brilliant sunshine , the changing leaves, and the crispness of the air.