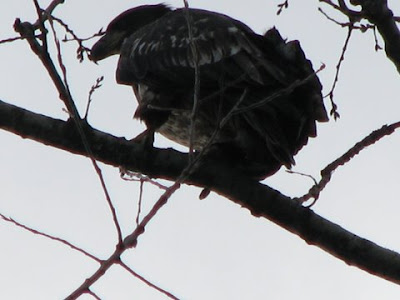 This morning I met Bill and Frank for a morning outing. We attempted to catch her a little before the drop with hopes of getting into a pod or two.
The water was a murky chalky green with a flow around 478. We threw standard size to golf ball offering into our pools in runs with limited results.
Bill and Frank hooked a few and I was happy to get the skunk stripe of my back with one fish. 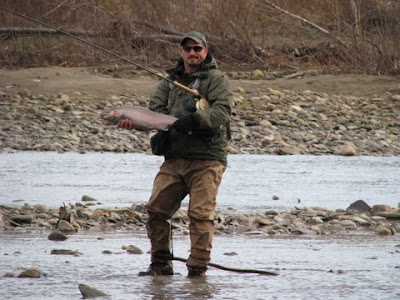 We also had a large winged visitor to a run. He flew up right as I fought and released a fish. At first I thought it was a turkey vulture and he was foreshadowing the impending demise of either Bill or I but that was not the case.
Bill suggested it was a juvenile eagle and from a few image searches on the web that appears to be the case.
What a beautiful creature. 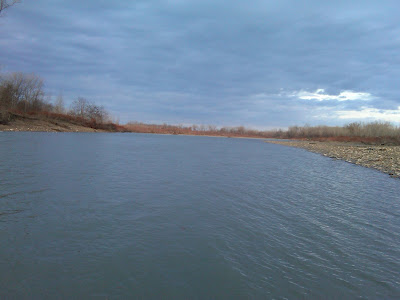 Though we did not hit it right and a few fisherman I talked to at one of the pools did not either today or yesterday; It was nice to be out with a few good friends and a special stop at Sprague's General Store.
Now that is a the way to end a days fishing. Thank you gentleman.
Until tomorrow....................