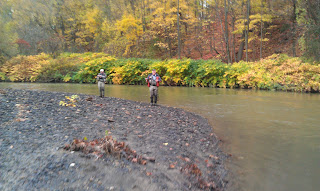 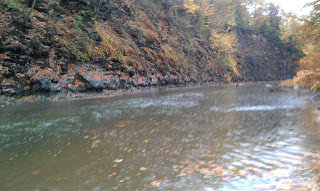 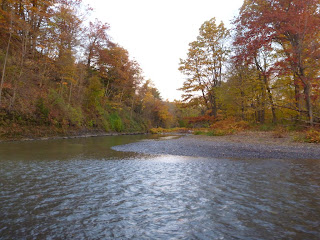 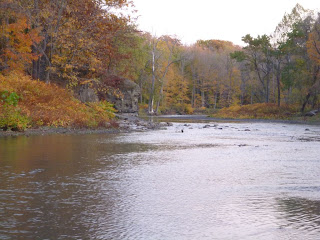 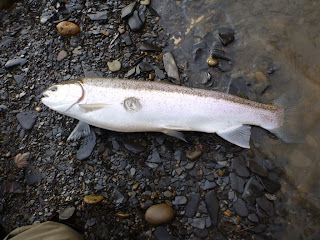 ONE FROM THE PREMIER WITH HEALING LAMPREY SCAR

Well this was going to be the day of days. The water had been up and was dropping nicely with the
expectation of green this morning. Bill and Frank met me at first light with hopes of hitting it just right.
The water was more murky than green and while the fish were not there in the number we were expecting, the fisherman were. I guess we were not the only ones with the idea that fish would be there on the drop coupled with the expected rain tonight and tomorrow.

We caught a few fish but didn't encounter any pods settling in after the high water.

I will still take the day off as a gift. The weather wasn't too bad an d the company was good.

After Bill and Frank made their way home. I hit one more spot and caught a nice female then called it a morning.

Patience and perseverance grasshopper....the fish will come on their own time table not mine.