Well he does kind of look like a bear....a grizzly bear. 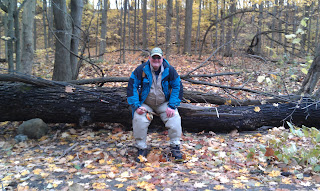 I cancelled a morning outing today as my responsible side dragged me into the office for a few hours to take care of a few pending issues. Big Ed called me at the office wondering what the water looked like and we decided to go out for an afternoon of leisurely fishing. 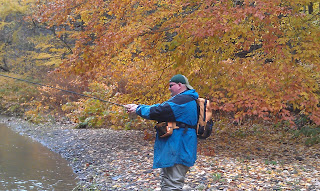 Big Ed and I go way back and it is always is great to get out with him and reminisce about the old days. He is a big man in stature. A lumbering bear of man who is on his own clock as to when he gets to the river and at what speed he navigates the terrain. And I may add he is one hell of a fisherman too. 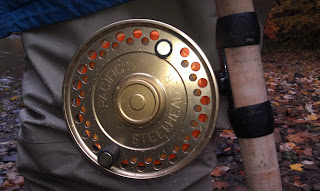 He rocks it old school Pacific Steelheader style. Lets just say he has this baby broken in since he bought it original when they first hit the market. He is also in posession of its identical twin which I sold to him years ago. 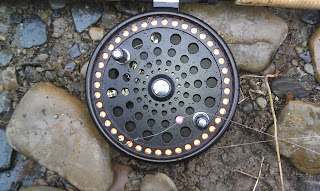 I on the other had am currently an Imperial type of guy. 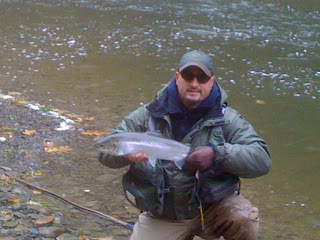 We touched a few fish 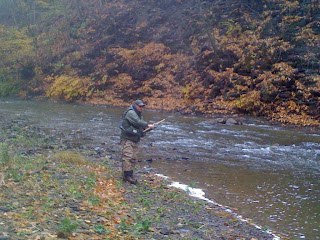 Enjoyed the afternoon as we were the second shift onto the water and there was little pressure to boot. 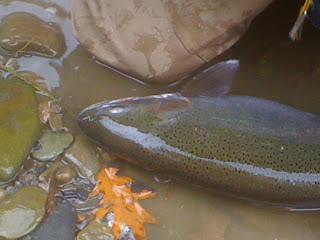 The pools and runs turned a hint of green and were clearing as the hours passed. 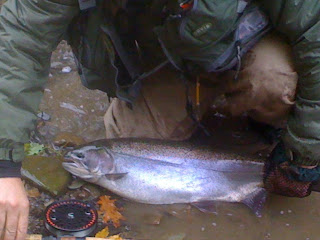 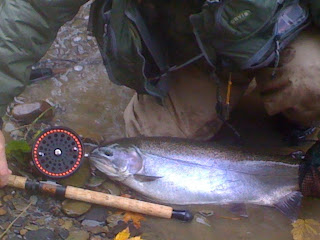 I wanted to show it twice. She was a feisty bull when hooked.


A relaxing time but the big guy might think differently. I put him through a little bit of march this afternoon but we both survived with a few rest breaks on some fallen trees.