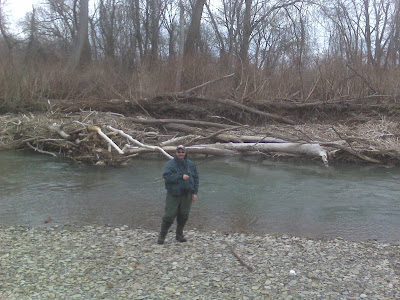 The Commander and I made an early run west to fish some timber on some small water that he has a particular affection for. The water was lower than normal but the pools and runs were a light green color. There was enough color to hide their inhabitants and keep them safe. Well safe from everyone except the commander. 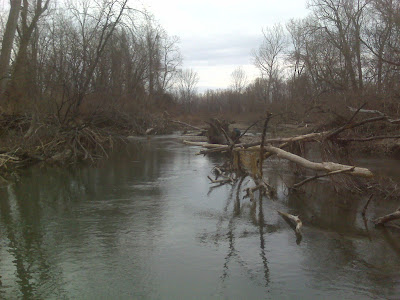 The Commander was the timber king today. He adroitly navigated downed trees, heavily rooted under cut banks, and over hanging trees. He was the man and I was relegated to picture boy, fish tailer, and pool caddy. This was a theme that played out the entire day. 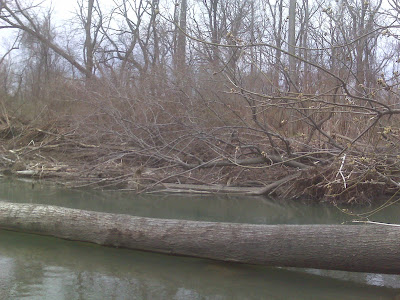 I had a cocky confidence the night before that I was going toshow the commander how it was done. I thought was going to knock out double digits today. Well the Lord struck me down for my hubris and I am the skunk man. 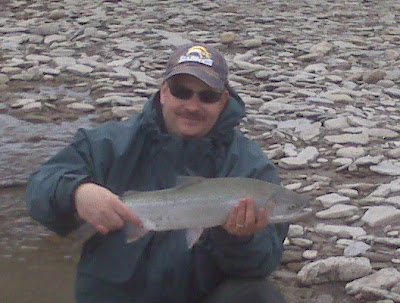 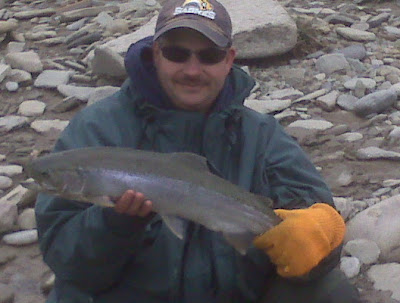 Mr. Tom got into a few droppies and a silver fish in our timber expedition. Once it slowed and Tom noticed my look of disgust and boredom from getting schooled, we headed to the Lake Erie's big trib for some action. We pulled up to our appointed destination and parked. We rigged up and were walking to the bank and I told Tom fish here and I started walking down the bank. I turn around and the commander hooked up on his first or second cast. Then he hooks up on his 4 or 5 th cast. then I walk down further and I see him screwing around near the bank and staring at me from 60 yards away. I started briskly run walking back to him as he had had on a monster male but, but, but, but... He did not have on his tailing glove on. 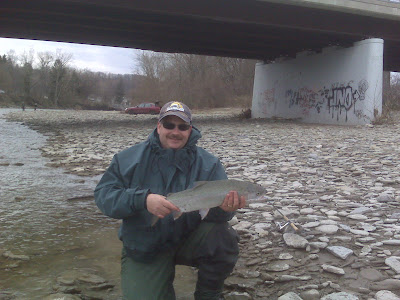 By the time I got close to him the fish wiggled free and I was not able to get a picture.


SORRY TOM!
Tom go get your tailing glove from truck to hold on to your fish until I get there.
We worked our way upstream to a large pool and what happens? He hooks up again and I think again. All the while I'm standing there holding myself. We fished until about 2 or 2:30pm and called it.
I swear I told Tom twice that I was selling my fishing equipment and retiring. But such is the nature of the game . You walk the banks a god one day basking in your success and the next day you eat humble pie.
I was exhausted for some reason and so was the commander. Probably because we were like little kids last night eagerly waiting to get on the water. We both couldn't sleep.
Congrats Tom for making it happen on your day off and getting into them.
Maybe you can give me a few lessons?
Sincerely your friend Skunk..................