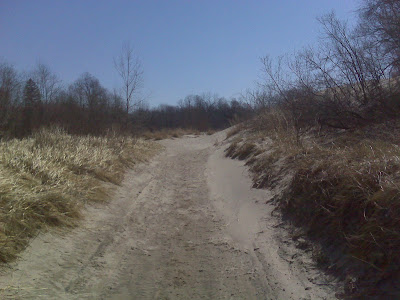 Today was a 4 trib journey with Commander Tom and Mike P..
Let me start off by saying that the last two evenings there has been an upward spike on the Hydro graphs which equated to slightly higher water but more importantly muddy water and colder water.
That screwed up the mouth of the 18 yesterday and all I could manage was one fish on a smaller local trib. 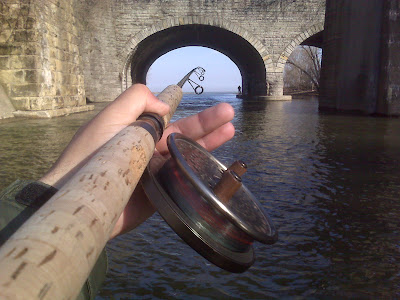 Today was more of the same.The unholy trinity set out at 6:30 am to the 18 and it was sucking there down low. Mike was able to scrounged up only one silver bullet but it was muddy,cold, and slow. We then started our journey to 3 other tribs in Erie and Chautauqua counties. While the numbers were not great, we made due with what we could and the other trib's colorations were a hell of a lot better. 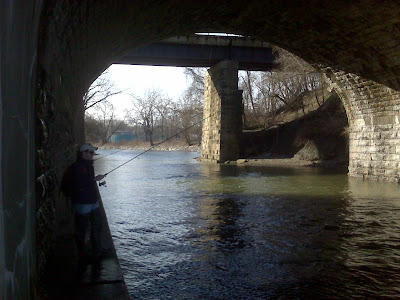 The fish were taken on sacks, jigs, and one was taken on hardware. A few bass were thrown into the mix also for bonus action. I guess the joy of the day was just hanging out with the guys and bull shitting while we drove from creek to creek. Mike P. had to stop at 4 Timmy Ho's to get the Caffiene monkey off his back. Bad Monkey!
I will probably close my eyes tonight and wake up to another spike on the graph...nice ...real nice. 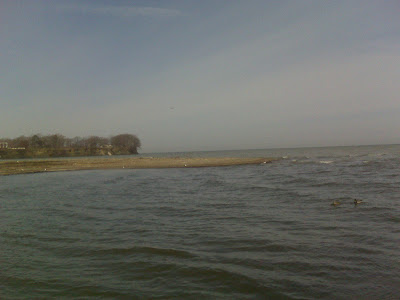 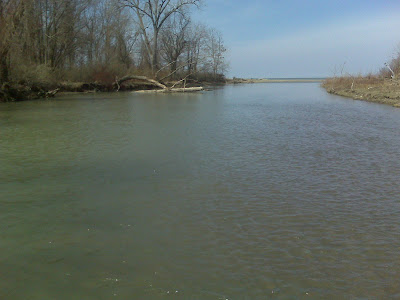