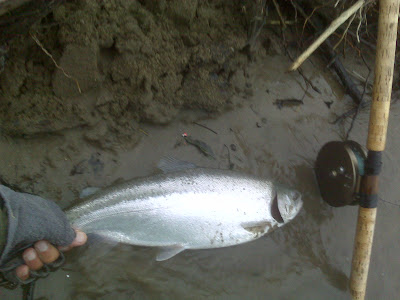 I fished the Catt from 6:30 to 11am this morning. I was first on the water and I hooked a nice drop back when the Renegade Rod Crew showed up.

The crew consisted of Renegade Jerry, Magic Mike, Tony, and a new guy they just set up with fish first pinning toys.
For the first hour the action was a consistent mix of skippers, resilvered drop backs, and either late spawners who were on their way up river or very healthy droppies. 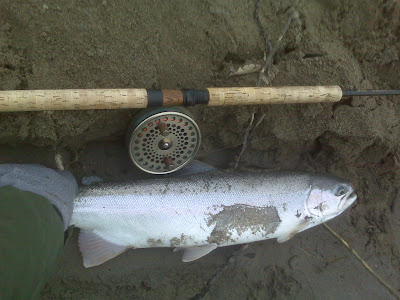 The cold winds started rocking and everything died down. The Renegade Rod crew decided to hit a different spot on the Rez with 2 guys stopping for coffee another two going to get the new pinner a rez license and I went directly to the assigned dirt road. 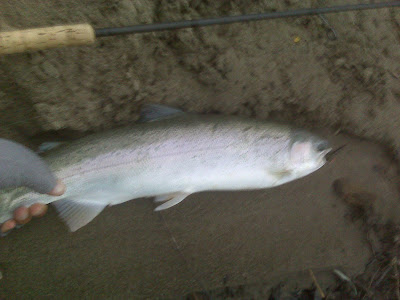 I waited for a half hour and didn't see anyone show. I don't know if they sat down for Timmy's or took a different dirt road but I decided to go back to my starting spot. The wind subsided a little and my second drift I hit a real arm burning sob of a fish. 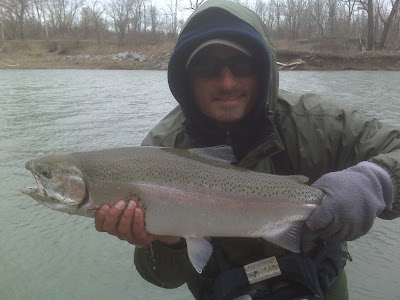 She did not jump but she made 4 epic runs till she relented into my loving arms.
That was worth the trip this morning!
I got into a few smaller fish and then left for a McDouble, Coke, bait, and some damp clothes drying.
I will be out again today with the Commander about 4:30pm.
Out.............